“… will relocate the capital to that area and devise a plan to achieve extended prosperity.”
– The record from the 13th year of King Onjo’s reign, the Baekje bongi (Baekje’s Records) of Samguk Sagi (History of the Three Kingdoms)

Baekje (18 BCE-660 CE) began life as one of the polities of the Mahan Confederacy in the central region of the Korean Peninsula and later developed into an ancient state. Archaeological evidence indicating this transition includes the construction of fortifications, the appearance of large-scale tomb clusters, and the establishment of a distinct earthenware style.

In particular, the appearance of settlements surrounded by fortification walls is considered a crucial indicator suggesting the establishment of a state-level society. In an era when the states of the Korean Peninsula were engaged in often existential rivalries, fortifications served as essential defenses. The construction of a fortification involved the development of science and technology that could support its design and execution, as well as management strategies of the governmental organization that could help mobilize a workforce as needed. In other words, the building of a fortification was a governmental project that required the concentrated investment of state capabilities, in terms of large-scale earthen work projects, forced labor mobilization, and the operation of a governance system.

During the transition from Baekje-guk (the member polity of a confederacy) to Baekje (the ancient state), a royal fortification of Baekje was built in the Hangang River basin between the third and fourth centuries. The extant site is today known as the Earthen Fortification in Pungnap-dong (Historic Site No. 11) located in present-day Pungnap-dong, Songpa-gu, Seoul. As the ancient remains from the Hanseong Period (18 BCE- 475 CE), it is a fortification built in the even ground located along the Hangang River. The main channel of the river flows to the west of the fortification, whereas the Mongchontoseong Earthen Fortification is located to the southeast.

Built along the riverside, the fortification was believed to have a circumference of some 2.1 kilometer. The eastern, southern and northern walls have remained. More recent archaeological excavations have identified the remains of the western wall, which was long thought to have been completely lost. The excavation campaigns have revealed that the original fortification was probably 3.5 kilometer in circumference, some 43–50 meter wide and more than 11m high. This makes it larger and more majestic in scale than Koguryo(Goguryeo)’s Gungnaeseong Fortress (circumference: 2.6 kilometer) or Silla’s Wolseong Palace (circumference: 2.4 kilometer). In particular, one distinguishing feature of the fortification is that, unlike the neighboring Mongchontoseong Earthen Fortification, which took advantage of the area’s natural hills, or Wolseong Palace in Gyeongju, it was created using the stamped earth technique, where walls are built by tamping soil and stacking it layer by layer.

The fortification holds vestiges of the royal capital of Baekje, from the time of Baekje-guk, before its construction, to the end of the Hanseong Period, in 475 CE. Archaeological excavations over the years have identified diverse remains, including a dwelling site enclosed by ditches belonging to the Proto-Three Kingdoms Period, a large-scale hexagonal dwelling feature, warehouses, a well, a special-purpose temple site, and a ritual site.

The ritual site, in particular, is unique to this fortification among historical remains from the same period. The fortification’s unique artifacts, such as convex eave-end roof tiles, bricks, foundation stones and clay pipes, are objects that were not seen in residences of the commoners at the time, suggesting the importance of the fortification.

This archaeological evidence clearly proves that it served as a royal fortification of early Baekje. In terms of being a royal capital, the essential elements of this fortification include the royal palace, government buildings, a royal shrine area within the palace for royal ancestral rites, a centralized road network connecting the fortification’s gates and inner areas, and a residential zone for high-ranking officials.

“… a fortress and a royal palace were built.
– The record from the 13th year of King Onjo’s reign, the Baekje bongi (Baekje’s Records) of Samguk Sagi(History of the Three Kingdoms)

The eastern wall was built in four phases. First, foundation work was carried out to reinforce the ground before erecting the wall (Phase 1). Then, the core framework (the first Toru) was built by alternately stacking soil and sand layers, using the stamped earth technique. The sides of this core framework were then shaped into slopes before additional soil layers were added on for the creation of a base fortification wall (Phase 2). Later, the inner side of the wall was once again padded with soil layers (the second Toru) for the expansion of width and height (Phase 3). Afterwards, soil layers were added onto the inner wall once again (the third Toru) for yet another expansion, with the inner wall completed with stonework finishing. (Phase 4).

As for the western wall, most of it had been lost and remained invisible. Since the wall does not appear in the cadastral map of the fortification issued in 1911, the controversy surrounding its existence continued until its remains were revealed from the 2017 excavation of the western wall restoration zone. For the first time, the excavation revealed the hidden body section of the western wall, which is linked to the remaining western wall; the inner wall’s stonework finishing; and the west gate site. The core of the wall was completely destroyed by the pouring of concrete in modern times, but the inner wall has survived in relatively good condition. The extant remains suggest that the western wall and the eastern wall (on which a cross-sectional excavation was conducted in 2011) feature the same structure.

In 2020, a horizontal excavation was conducted to clearly identify the fortification’s building techniques. The excavation uncovered wooden posts that had been installed to construct each Toru. It seems that they were stamped  into each layer of a Toru, from the bottom-most layer to the top, to help with heaping soil. Currently, a total of six wooden posts have been discovered from the first Toru. Similarly, wooden posts were placed in the second and third Toru to build the fortification. Notably, along the boundary between the second and third Toru, wooden posts slanting in the opposite direction of the slope of the fortification wall with the stones that provided their foundations, have been identified. Such inversely slanting wooden posts were first identified in fortress sites in Korea. Presumably, they were either used to build fortification walls or were a wall-related facility. In this regard, wooden posts discovered on the western wall provide important clues toward understanding the fortification’s construction technique and process.  .

The wooden post technique for stamping earth has been identified only in this fortification in Pungnap-dong, Seoul. The excavation team will continue to engage in the study of the fortification walls, with the goal of better understanding the earthen work technology of Baekje.

”… a new royal palace was built, and it was plain but not shabby, elaborate but not extravagant.“
– The record of the 15th year of King Onjo’s reign, the Baekje bongi, the Samguk Sagi

The essential elements of this fortification that highlight its role as a capital are the royal palace, administrative offices, a venue for royal ancestral rites, a residential zone for high-ranking officials, and diverse infrastructure (e.g. road, water and sewage systems). As the excavation of the fortification’s inner area continued, it became possible for the places like Mirae Village and Gyeongdang District sites to visualize and imagine the fortification as the ancient capital.

At the Mirae Village Reconstruction site (hereinafter “the Mirae Village”), located in the western part of the fortification’s inner area, a large number of remains were found including pit features containing a heap of dumped roof tiles, large-scale semi-subterranean pit dwellings, and ground-level building features, enabling the identification of ancillary facilities inside the fortification. One notable discovery from the village is north–south and east–west roads that crisscrossing each other, which were built to divide zones within the fortification and to utilize spaces in a planned way. Remains of many other facilities were also discovered in the Mirae Village, including a building feature with a stone foundation, and a rectangular pit possibly related to a cluster of ground-level warehouses. These features suggest that the area was a densely packed hub for major facilities within the fortification.

A royal palace and a royal shrine are the key facilities within an ancient capital. Even the Samguk Sagi mentions that a royal palace, shrine and altar were built when King Onjo established his royal capital.

In the Gyeongdang House Reconstruction site (hereinafter “the Gyeongdang District”), located in the northern part of the fortification’s inner center, archaeological excavations identified a special building feature (presumably a royal palace or a shrine for ancestral rites) as well as many artifacts. The Gyeongdang District was designated the core facilities zone by the institute. Staffs of the institute will continue to survey and excavate the zone in a systematic way to explore traces of Baekje’s royal palace, that was historically known as “elaborate but not extravagant.”

Archaeological excavations and studies over the years have promoted the understanding of early Baekje culture and its restoration. On the other hand, the unraveling of Baekje’s long-forgotten past is also posing a range of aggravating inconveniences to the local residents (e.g. the invasion of property rights and a lack of residential infrastructure). Recently, with an emphasis on the importance and historical identity of the Earthen Fortification in Pungnap-dong, Seoul, a policy supporting the active preservation and promotion of the fortification has been implemented under the slogan “Pungnap, the historical and cultural capital of Hanseong Baekje.” A long-term preservation policy, coupled with systematic survey and research projects on the fortification, will contribute greatly to the study of not only early Baekje culture but also of royal fortifications in East Asia. 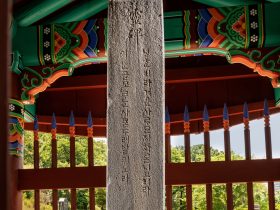 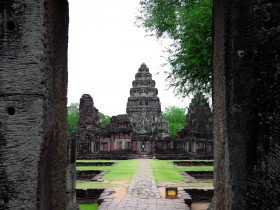 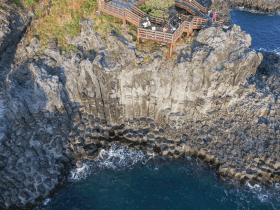