The Ancient Capital Pilot Geographic Information System (GIS) can reveal what archaeology cannot: The full extent, and layout, of the legendary cities of yore

The many ancient capitals that once existed on the Korean Peninsula remain mysteries. Although archaeological surveys conducted during the 20th century partially identified vestiges of ancient royal fortresses, no ancient capital that encompasses a royal fortress has been clearly or fully identified in terms of the city’s overall shape and structure. Meanwhile, historical records leave us to conjecture.

Given this opacity, we hope that the launch of the Ancient Capital Pilot Geographic Information System (also called GIS) in 2020 will bring new transparency – and permit us to reimagine these ancient cities in an entirely new way.

The Korean word “godo” literally means “old capital.” The capitals of ancient kingdoms are mostly located in today’s Gyeongju, Buyeo, Gongju, and Iksan regions. In ancient times, the Korean Peninsula was home to a number of kingdoms, including Koguryo(Goguryeo), Baekje, Silla and the Gaya Confederacy, with their capitals built throughout the peninsula. Historical records frequently mention the names of ancient capitals and royal fortresses, inspiring curiosity. Today, however, there is not a single ancient Korean capital that is clearly understood. Without a single map remaining, it is virtually impossible to figure out what those ancient capitals looked like as they fell into ruin and disappeared. Despite the relentless efforts of scholars, research based on just a few document resources and archaeological surveys has remained limited. Researchers have only been able to surmise the locations of ancient capitals, major royal palaces, and administrative buildings.

To quench this thirst for knowledge, the Korean government has steadily supported archaeological excavations in Gyeongju, Buyeo and other major ancient capital regions. However, since the target areas were mostly confined to political and ritual spaces such as the sites of royal fortresses, Buddhist temples, and royal tombs, such research efforts played only a limited role in unveiling the overall and much wider structure of cities that inherently had multiple functions. For this reason, studies on the layouts of ancient cities conducted in the 20th century after the liberation of Korea were limited to hypothetical maps. These were based on the road networks seen on maps printed during the Japanese colonial period, with modifications made when the remains of ancient roads were newly discovered through archaeological excavations.

An Avalanche of Archaeological Data

Excluding the ancient capital restoration studies led by the government and academics, land development projects have expanded the number of salvage excavations. This, in turn, led to a surge in excavation data obtained from many areas within ancient capital regions. These excavations revealed clues indicating the existence of urban zoning, for instance, straight avenues and fences lining these thoroughfares, and the remains of a drainage system crossing a village. On top of this, a 15-year excavation survey of the Silla royal capital (1987–2002), conducted by the Gyeongju National Research Institute of Cultural Heritage, identified an entire ancient city district featuring a planned grid. This was empirical evidence of a planned ancient city and led to great strides in ancient capital studies.

A paradigm shift in archaeology began to occur when, with the rapid pace of land development projects in the 21st century, the need emerged for systematic and integrated governmental management of the surge of excavation data. The need to obtain accurate location information for each archaeological site was also widely recognized, and researchers began to introduce spatial information technology to archaeological sites to produce feature distribution maps marked with GPS coordinates.

Against this backdrop, governmental research on ancient capital restoration came to actively incorporate spatial information technology. First, in the late 2000s, researchers began to collect excavation information related to ancient capital regions, particularly Gyeongju and Buyeo. Based on this information, they initiated a project to establish a spatial information database for archaeological sites, by assigning absolute coordinates to archaeological features and converting feature distribution maps into electronic formats.

The Birth of the Ancient Capital GIS

It was the Buyeo National Research Institute of Cultural Heritage (BCH) who, based on this database, first attempted to develop a geographical information system (GIS) for ancient capital restoration research.

The institution commenced a series of studies in 2007, that led to the production of the Baekje Capital Archaeological Sites Map GIS. The system was developed based on archaeological information about ancient Baekje capital regions (i.e. Gongju, Buyeo, and Iksan), and is a simple independent system not linked to networks. Meanwhile, the Cultural Heritage Administration (CHA) established the Cultural Heritage GIS Service as a way to facilitate the preservation and management of cultural heritage and archaeological sites across the country. Since 2011, this GIS service has provided information on excavation sites.

In 2015, based on this infrastructure, the National Research Institute of Cultural Heritage (NRICH) took up the challenge of developing the Ancient Capital Region Archaeological Sites GIS (hereinafter “Ancient Capital GIS”). This was done to ensure integrated management of excavation information accumulated by the NRICH and its regional branches, and to support ancient capital restoration studies.

Made available to the NRICH and its branches in 2016, the system featured a spatial information database of some 600 archaeological sites associated with ancient Baekje and Silla capitals. After its initial release, however, the subsequent expansion of the database and an overall system upgrade came to a halt. As such, the initial version of the system was not developed further.

Five Years on: What Has Been Achieved? What is Next?

In 2020, the NRICH’s Research Division of Archaeology set out the task of revitalizing the Ancient Capital GIS development project. The original 2015 version was designed to provide the location information of each archaeological site by simply mapping each site’s feature distribution map on a numerical map. The pilot GIS developed in 2020 will serve as a basis for a new enhanced version of the Ancient Capital GIS, which will be steadily established over the next five years as an integrated archive providing diverse spatial information data (e.g. 3D scanning results, geophysical survey information, soil layer information, and orthophotos) via a single platform.

From then on, the system will be upgraded further by applying AI technologies to the spatial information-based archaeological site database. The adoption of AI technologies will enable system analysis functionality that offers constant updates of city structures and ancient topography conjecture models. The system’s basic user interface design will be completed in 2022, from which the Ancient Capital GIS will gradually become available to archaeologists via an online platform.

We hope to see, in the near future, a day when spatial information databases for major archaeological sites in ancient capital regions become fully linked to the Ancient Capital GIS. Then, the original layout of ancient capitals, which have long piqued the curiosity of both professionals and the public, can be fully restored on maps.

The User Function of the Ancient Capital Pilot GIS

GIS enables the user to upload their own files and see the information on a map. This allows user-created layers to be superimposed on diverse themed maps (e.g. an original cadastral map, a topographic map produced before the liberation of Korea, a soil/geologic map, etc.). A feature distribution map and other information can also be shown on the screen, allowing the user to better identify the status of an archaeological site.

The Ancient Capital GIS provides an overview of each archaeological site and its feature distribution that has been mapped. 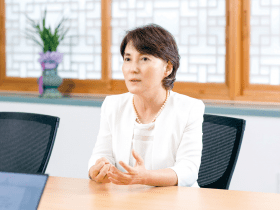 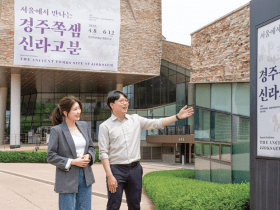 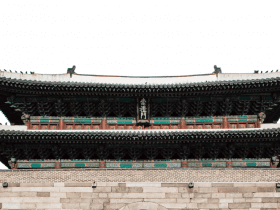 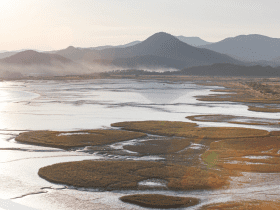