NRICH has been cooperating with organizations in Asian countries to help conserve and restore cultural heritage within Asia. To this end, we have been engaged in joint projects to further study the conservation treatment of damaged cultural heritage and to analyze their material composition. Furthermore, we are sharing our conservation treatment and analysis expertise with other Asian countries.

Joint Research with Mongolia and Provision of Support for Conservation Treatment

Mongolia plays an important role in helping us understand the settlement of humans and the formation of ethnic groups in Northeast Asia. The country is also closely related to the origin of the Korean people.
Since 2009, NRICH and the Institute of Archaeology at the Mongolian Academy of Sciences have conducted 10 field surveys of Mongolian archaeological sites while working on a comparative analysis of the DNA of human remains from these sites and that of modern humans. These DNA analysis results for each Mongolian region were published in the form of four reports.
NRICH also provided support for the conservation treatment of Mongolian cultural heritage. Joint excavations on the ancient tombs of Shiveet Khairkhan in Mongolia recovered a mummy from the Xianbei period (late 1st century – mid-2nd century). The research team took the mummy’s clothes apart and provided conservation treatment for its hat and upper garment. The team also engaged in conservation work on 17th-century Buddhist scriptures written on bark and paper discovered from the Sum Tolgoi Temple site in Tes, Zavkhan Province. The scriptures are written in Tibetan and ancient Mongolian. The Mongolian scriptures feature texts written in silver ink on indigo-dyed paper, whereas bark scriptures are made of birch bark and feature texts in black and red. The arid environment of the site caused severe damage to the scriptures; however, based on scientific analysis and specialized expertise, NRICH completed their conservation treatment in two years, with the scriptures subsequently slated to be displayed in Mongolia.

Joint Research with Myanmar on the Restoration of Metal Heritage

Since 2016, the NRICH and the Bagan Archaeological Museum in Myanmar have conducted joint research on metal artifacts from the Bagan period (11th–13th century) to identify the material and production techniques. The researchers obtained samples from Buddhist statues, ornaments, bronzeware, coins, and other artifacts unearthed from archaeological sites. They analyzed the chemical composition and microstructure of the samples, and then summarized the scientific characteristics and production techniques of metal artifacts from Myanmar. The analysis newly confirmed that gilt-bronze ornaments from the Bagan period were coated with mercury amalgam and silver coins with arsenic bronze. The research team also conducted nondestructive testing and chemical composition analysis on the Myazedi Inscription, an artifact listed on the Memory of the World Register and dubbed the “Rosetta Stone of Asia.” The four sides of the Myazedi stone stele feature texts written in Pyu, Mon, Burmese, and Pali, respectively, that record the history, religion, and culture of Myanmar. The team’s scientific analysis has discovered that the stele is made of sandstone that has undergone severe weathering and that the black pollutants on its surface came from a rubbing process.

In Cambodia, the NRICH conducted a research project to identify material properties of stone monuments and diagnose their surface conditions. This was the first case where the NRICH’s stone heritage diagnosis and conservation techniques were applied in the conservation of overseas cultural heritage. The diagnosis was conducted on a stone statue housed at the Angkor Conservation Office (ACO), the Nokorbachey Temple, and the Banteay Chhmar. From 2016 to 2020, using Korea’s diagnosis and conservation techniques, the NRICH analyzed and diagnosed Khmer Stone Heritage that required conservation treatment. Then based on the findings, NRICH conducted repair and restoration work at the ACO. These processes and outcomes were published as Conservation and Restoration of Khmer Stone Cultural Heritage in Cambodia.

The NRICH is actively sharing its advanced conservation science expertise with other countries in Asia. Since 2005, the NRICH has been hosting the “Asia Cooperation Program on Conservation Science(ACPCS)”. This annual bilateral hands-on training program invites Asian researchers to Korea for 3 to 6 months to share cultural heritage conservation technology on conservation science and five other fields (i.e., archaeology, architectural heritage, art heritage, safety and disaster prevention and natural heritage). As of 2021, a total of 113 participants from 19 Asian countries have completed the program. At the same time, since 2013, the On-site Technical Training Program (OTTP) was launched to tackle specific regional problems in conservation by providing lectures and hands-on practices suitable for local circumstances and conditions overseas, which expects participants in the Asian region to acquire further knowledge and technical skills on conservation and better understandings of what and how to do conservation work in each realistic situation rather than superficial guidelines and theories. Consequentially, NRICH has contributed to building capacity of conservation treatment for cultural heritage with 196 participants in Mongolia, Cambodia, Myanmar, Bhutan, Sri Lanka, aiming at fostering the joint growth and establishing the collaborative platform for the exchange of knowledge and techniques. 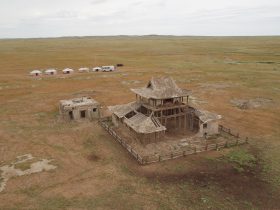