The National Research Institute of Cultural Heritage (NRICH) completed conservation treatment of 417 items from 309 cases excavated from Arrowhead Ridge inside the Demilitarized Zone (DMZ) and transferred the objects to the Ministry of National Defense (MND) on December 23, 2021.

Arrowhead Ridge, located in Cherwon, Gangwon Province, is one of the fiercest battlefields during the 1950-53 Korean War where South Korean and French soldiers of the United Nations Command fought against invading Chinese forces in 1953. Among the articles left by the deceased that went through conservation contains of 73 items in 50 identified cases and 344 items in 259 unidentified cases. The items range from private items such as two dog tags containing the fallen soldier’s military serial number, name and blood type, dog tag chains, military boots and canteen to combat gear including M1 Garand’s trigger, M1 bayonet, helmet and cartridge belt.

The NRICH cooperated with the Ministry of National Defense’s Korean War remains excavation project and conserved 545 items from 69 cases unearthed in the Arrowhead Ridge in 2020. The Arrowhead Ridge was a site for many fierce battles during the Korean War from 1951 to 1953. It was in the “Iron Triangle” area where South Korean, American and French soldiers fought against the North Korean and Chinese army. NRICH will assist conservation treatment of the Korean War relics, providing data and establishing plans for the conservation of modern cultural properties. 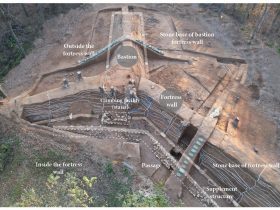 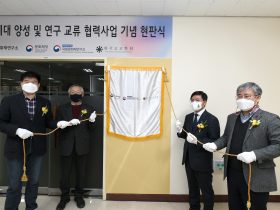