The Secrets of Gold Thread

Throughout history, the high value of gold has driven the steady evolution of gold decoration methods and gold thread production techniques. Traditionally, gold threads made with the highest percentage of pure gold were considered the best products, but it was also inevitable that history witnessed the development of types of gold thread that were less costly but still visually appealing. Essays on Rural Life and Economy (林園經濟志), published in the late Joseon period, states: “To produce the color gold, people in Hangzhou, China brush (red) safflower seed oil on a silver leaf and then dry it slightly above an open flame. In Guangdong, China, to emulate the color of gold, they paint pictures using water mixed with ground cicada shells and then dry it slightly above an open flame.” Even now, gold thread is sometimes created without using gold, from titanium-coated silver. As such, people have always had a demand for imitation gold that looks real.

Fabric’s Desire for the Hue of GoldFrom Korea’s Three Kingdoms period to the Goryeo and Joseon periods, gold had been one of the most commonly used materials for luxury ornaments. Historically, several types of gold decoration techniques were used to embellish fabrics and clothes. For instance, bugeum(附金) was a gilding technique where gold leaf or powder was applied to solid surfaces. Nigeum(泥金) was another traditional technique where glue mixed with gold powder was used to imbue calligraphy or painting on fabric. Finally, gold thread (thread hammered from gold) was also used for ornamental purposes. Metal threads that contain silver or other metals in addition to gold are also referred to as gold threads.

Gold thread was mostly used for embroidery or for weaving fabric. Based on production technique and form, Korean traditional gold threads are categorized into three types: stretched gold thread(圓金絲), twisted gold thread(撚金絲), and flat gold thread(片金絲). Among these, real gold thread is the simplest kind, made by working gold lumps into thin long strips and often used to make bead decorations on crowns, necklaces, and other ornaments. Twisted gold thread, on the other hand, was made by twisting gold leaf around a core thread. Due to its round shape, the twisted gold thread is also referred to as rounded gold thread(環金絲). In Korea, exhibits of twisted gold thread, in fairly standardized forms, have been recovered from Hwangnamdaechong Tomb and the Ancient Tombs in Imdang-dong, Gyeongsan, as well as from the fabric discovered as part of the sarira reliquaries from the Stone Pagoda at Mireuksa Temple Site, Iksan. Whereas real gold thread from earlier periods are essentially metal thinly shaped into thread-like form, twisted gold thread can be seen more as a type of fiber that offers the benefit of greater flexibility and richer decorative expression when used for creating embroidery designs on fabric. Gold is the most malleable metal in existence; a single gram of gold can be hammered into a sheet that is one square meter in size. As such, using gold thread can dramatically reduce the amount of gold needed. In this respect, the method of producing twisted gold thread by gluing gold leaf onto thin paper showcases the pinnacle of the advanced textile technologies of the time.

Gold thread was also used to create woven fabrics. Woven fabric that features designs created using gold thread is traditionally known as jikgeum(織金). When fabric is woven with twisted gold thread, the golden color on the back of the fabric is naturally hidden from view. To minimize such unnecessary waste, a more suitable type of gold thread than twisted thread (which is rounded) was later developed for fabric weaving: flat gold thread. Woven fabrics featuring flat gold thread first appeared during the Goryeo period; numerous historical documents from the Joseon Dynasty also refer to such silk fabrics as jikgeumdan(織金緞) and geumseondan(金線緞).

What Materials Were Used to Craft the Best Gold Threads?

A study of Korean traditional gold thread would not be complete without investigating the ceremonial robes worn by women during the Joseon period, known as wonsam. Recently, the National Research Institute of Cultural Heritage (NRICH) released the results of a scientific analysis of the gold thread used in a green Wonsam of Yi Danha’s Wife, and in Donggunbi-Wonsam (Ceremonial Robe of the Crown Princess), an artifact housed at Sejong University. Notably, wife of Yi Danha’s green robe is the oldest extant ceremonial robe in Korea, while the crown princess’s robe is presumed to have been worn by Crown Princess Yun during her royal wedding ceremony with Emperor Sunjong, who took her as his second wife. As such, these robes are particularly valuable cultural heritage. NRICH has analyzed the gold thread used in several places of these robes: specifically, the golden embroidery on the skirt featured around the knee or at the end of the sleeve, known as tongsuseuran(通手膝襴); the phoenix insignia sewn onto the chest part of the garment(鳳胸背); and the five-clawed dragon insignia(五爪龍補).

The analysis of gold thread was conducted using a stereoscopic microscope, as well as a pyrolysis gas chromatography mass spectrometry (Py-GCMS) instrument to analyze the ingredients of the glue used to make the gold thread, and a portable XRF analyzer to analyze the composition of metallic materials used in the gold thread. On occasion, a micro-XRF spectrometer was used for analyses requiring enhanced resolving power. As a result, researchers discovered that, in two cases, the base paper used to make the gold thread contained non-wooden fibers. They also identified some cellulose-derived compounds from the glue sample, including furfural and levoglucosan. The discovery of such multitudes of cellulose and protein compounds served as evidence that the gold threads used in both robes were produced by applying gold leaf to mulberry paper using glue (e.g. an animal-based glue).

As for Wife of Yi Danha’s robe, the analysis of the gold thread composition revealed that, whereas the colored sleeves (saekdong) feature flat gold thread, whilst the phoenix insignia contains twisted gold thread made from pure gold. A micro-XRF analysis of samples identified gold and other elements (e.g. silicon, aluminum, potassium, calcium, and iron) on the gold-leaf side of the thread. However, on the base-paper side, the analysis identified a reduced percentage of gold and an increased percentage of silicon, potassium, aluminum, and other elements. The fact that an XRF analysis identified no metal elements other than gold indicates that the robe’s flat gold thread and twisted gold thread were produced using pure gold. Silicon, aluminum, iron, potassium, and other elements identified from the thread’s metallic surfaces and base paper presumably originated from the white clay or soil that were mixed with the glue. Notably, a high amount of lead (Pb) was identified from the gold thread used in the phoenix insignia, suggesting that the glue used to make the thread was mixed with minium (Pb₃O₄).

As for the Crown Princess’s robe, flat gold thread was used for the embroidery on the skirt, whereas flat silver thread was used for the colored sleeves (saekdong) and white sleeve extension (hansam). For the five-clawed dragon insignia, twisted gold thread made of pure gold and twisted silver thread were employed separately. As with wife of Yi Danha’s robe, the twisted gold thread used for the insignia contains traces of lead, suggesting that minium was either mixed with the adhesive or used for coloring. In addition, a micro-XRF analysis of samples obtained from the back of the base paper identified other elements including silicon, magnesium, and calcium in addition to gold. The result indicates that materials such as silicate minerals, soil, and talc (3MgO·4SiO₂·H₂O), were added to the glue. As examined thus far, the differences in the chemical composition of each type of gold thread and the glue used in making the thread can seriously affect the thread’s decorative effect and durability as they influence the thread’s expression of the golden hue as well as its exfoliation. In this respect, such minute differences distinguish the quality and characteristics of each type of gold thread, a highly sensitive material that has served as the premier textile material for garments across all historical periods. 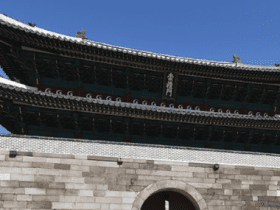 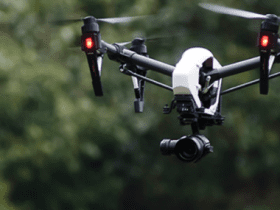 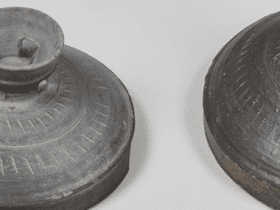